A champion of economic development,
health, education, and the
dignity and rights of all people.

Seneca Scott served in the Oklahoma House of Representatives for 8 years, representing the citizens of District 72 (Owasso, Sperry, Tulsa, Turley). We are pleased to announce that he has been selected as one of the 2016 winners of the Oklahoma Human Rights Award.

Seneca Scott is a fifth-generation Oklahoman, born in Enid. He holds a B.A. in History / Native American Studies from the University of Oklahoma.

From 2009 to 2016, Seneca served the citizens of District 72 in the Oklahoma House of Representatives. While in the Legislature, he was proud to co-chair the Native American Caucus. He served on the Natural Resources, Appropriations / Budget, and Energy Committees.

A leader in many community activities, Seneca has served on the board of directors for the Oklahoma Sustainability Network, the Kendall-Whittier Task Force, the Turley Community Association, and the Springdale Economic Development Council. His memberships include the North Tulsa Rotary Club, the Tulsa Metropolitan Ministry’s Committee Against Racism, the Oklahoma Academy for State Goals, and the Choctaw Nation.

In 2014, Seneca Scott was the recipient of the Opio Toure Courageous Legislator Award (presented by the Oklahoma Coalition to Abolish the Death Penalty).

While a representative in the Oklahoma Legislature, Seneca authored several bills that directly impacted Indian Education and Indian students. All minority students are entitled to a good public education. 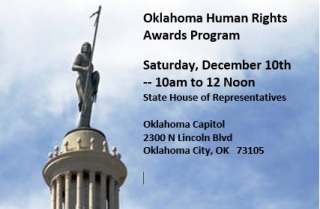 He championed a bill to continue the Oklahoma Advisory Council for Indian Education which recommends ways to help Indian students achieve a good public education. He also worked on the Tribal Notification bill — designed to provide notification to a tribe or nation and assistance whenever an American Indian student (tribal member) is sent to a state juvenile facility.

Seneca started a Food Desert Task Force. This was a very diverse group that worked on solutions to provide alternatives to people that don’t have grocery stores near their residence. He has been supportive of community gardens, food trucks with fresh produce to the under-served people, and a variety of alternatives. All people, no matter where they live, should have a reasonable access to food stores or gardens.

Seneca believes in providing good health care to people.  As budget cuts were being discussed, he worked with different groups to try to prevent drastic cuts.

He believes in a good Oklahoma Public Education System.  He listens to educators and responds with strong support. 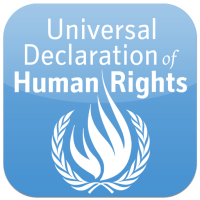 You’re invited to attend the presentation of the 2016 Human Rights Awards on Saturday, December 10th, in the House Chamber of the Oklahoma State Capitol. The program will begin at 10am. It will be emcee’d by former State Representative Seneca Scott. There is no charge to attend. Following the awards program, you are invited to enjoy a Free Speech Forum in the Senate Assembly Room from 12 Noon to 2pm.

Previous winners of the award include educators, physicians, students, and community volunteers from many different communities and all walks of life. They are united by their enduring commitment to the values and principles expressed in the Universal Declaration of Human Rights.