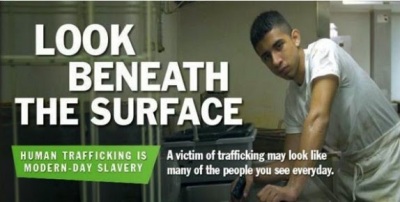 To Gain the Trust of Foreign Victims of Human
Trafficking, Cultural Sensitivity is Essential

The website of the California Attorney General has an insightful statement about the crime of human trafficking:

“Human trafficking is often hidden in plain sight. Victims of human trafficking often do not know where to turn for assistance and can be too intimidated to ask for help….”

The mindset of a trafficking victim is described in greater detail in a Fact Sheet published by the federal government’s Office of Refugee Resettlement: 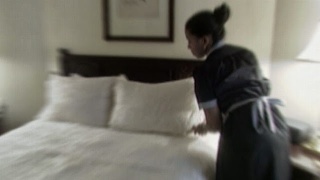 “A human trafficking victim may develop a mindset of fear, distrust, denial, and conflicting loyalties. Foreign victims of trafficking are often fearful of being deported or jailed and, therefore, they may distrust authority figures, particularly law enforcement and government officials. Similarly, traffickers may convince sex trafficking victims who are U.S. citizens … that, if they report their traffickers to the police, the police will jail the victim for prostitution while the traffickers, pimps, or johns will go free. Many victims of both sex and labor trafficking fear that if they escape their servitude and initiate investigations against their trafficker, the trafficker and his/her associates will harm the victims, the victims’ family members, or others.”

This combination of factors — fear, distrust, manipulation — is a burden for victims who have been trafficked from abroad.

Isolated by their lack of language skills and cultural understanding, foreign victims of human trafficking are often the most difficult group to identify, rescue and restore.

Special training and resources are needed to overcome the cultural and language barriers that separate trafficking victims from the people who want to help them. That’s why the OKC chapter of the United Nations Association is organizing a Cultural Competency Committee in support of
Oklahoma’s Human Trafficking Task Force.

The next meeting of our committee will be:

If you’re interested in supporting our work, you are welcome to attend the meeting. We need more volunteers — people who are smart, energetic, aware of community resources, etc. To join the committee, please send an email message to Bill Bryant at Bill.Bryant.OK@aol.com. (You don’t have to be a member of the UN Association to participate in this activity).

How many foreign victims of human trafficking are there in Oklahoma?

It is not possible to know for sure. Unfortunately, many crimes of this nature go undetected and unprosecuted. Anecdotally, we know that foreign persons who are trafficked in the United States often wait years before coming forward to report their abuse.

Yet, there are some indicators that give us clues about the scope and scale of human trafficking in our state. For example, consider the following facts:

Of these calls, it was determined that there were 138 credible cases of potential human trafficking reported from across the state.

According to the NHTRC, the cases break down like this:

Moreover, it was determined that 44 of the cases involved Foreign Nationals — that is, people who are not U.S. citizens or permanent legal residents of the United States.

This illustrates the diversity of nationalities that are represented in the NHTRC database. It demonstrates that human trafficking in Oklahoma has many dimensions, and it potentially involves people from across the globe.
Therefore, in order for Oklahoma to respond effectively to the needs of human trafficking victims, we need the ability to offer survivor services that are culturally sensitive and responsive in many different languages.
In short, the goal of our committee is to support the cultural competencies of human trafficking responders (law enforcement, social service agencies, etc.).
In previous meetings of our task force, some ideas were given for pursuing this goal. It was suggested that our committee should:

It seems like a big project. But, we know that the largest projects can be broken down into manageable tasks. And, some of these resources are already available. We don’t need to re-invent the wheel.
Can you help us improve our capacity in this area? Please feel free to attend our committee meeting. Bring ideas, and don’t be shy about sharing your knowledge.

What is Known About the Origin of Foreign Victims

Who are Trafficked into the United States?

The data is imprecise. The United Nations Office on Drugs and Crime publishes periodic reports on human trafficking around the world. Their 2012 report (pdf) found that, “One of every five trafficking victims detected in the Americas during the reporting period was a national of a country in East Asia.” The following map attempts to describe the trafficking patterns that have been detected. A majority (65.1%) of trafficking victims in the North American – Central America – Caribbean region are from within the region.

—Office of the Attorney General, State of California