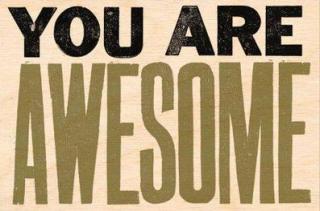 House Bill 1412 Has Been Derailed,
Along with 3 Other Anti-UN Measures;
Here’s a Review of How it Happened.

For the last 4 months we have been focusing our attention on the Oklahoma Legislature. That’s where recent attempts were made to disparage the United Nations and to prohibit the purchase of knowledge resources from the UN.

We knew this struggle was coming for a long time.

Last November, we wrote a blog post titled, “The Future We Want.” The article was sub-titled, “A Short History of the UN’s Efforts to Protect our Future; and Our Determination to Tell the Truth About ‘Agenda 21.'”

We asked the readers of our blog: “If you read or hear any zany-sounding rumors alleging a UN effort to eliminate property rights, please be sure to let us know. We’ll do our best to counter the craziness.”

On December 17th, we cautioned that the 2013 session of our Oklahoma Legislature would probably consider an Anti-UN law like one that was passed in Alabama in 2012.

It didn’t take long for the first Anti-UN measure to appear. State Senator Patrick Anderson filed Senate Bill 23 in mid-December. We immediately pointed out the parts of the bill that would restrict intellectual freedom in our state:

Before long, there were 3 other Anti-UN measures in the Oklahoma Legislature: Rep. Sally Kern filed a bill (HB 1412) in the State House of Representatives; Senator Brecheen introduced a joint resolution related to Agenda 21; and Senator Nathan Dahm authored a second Senate Bill much like Senator Anderson’s.

So, even before the opening day of the session, we knew we were going to have an uphill slog.

Fortunately, the members of the United Nations Association in Oklahoma stepped up. We got organized, and we found some good allies (like the Oklahoma Sierra Club and others).

Auspiciously, several news outlets published some thoughtful commentaries on the silly aspects of these Anti-UN bills. Prominent Oklahoma newspapers pointed out the true nature of the UN’s “Agenda 21.” They took the Legislature to task for spending too much time bashing the UN. We were pleased to see helpful opinion pieces in the Tulsa World, the Oklahoma Observer, the Oklahoma Gazette, and The Oklahoman newspaper.

By the time the first of these bills came up for a hearing in the Legislature, we were prepared for a vigorous debate. We had developed some good talking points. We had prepared an analysis of the bills. We had testimony from real-life people who could give specific examples of harm that would result from enactment of these proposed laws.

In February and March of this year, House Bill 1412 was debated in the States’ Rights Committee and on the floor of the House of Representatives. A small but dedicated group of State Representatives offered arguments against HB 1412. We’re proud of their efforts — even though they came up on the short side of the vote in the House. They argued persuasively and with integrity. We give their names at the bottom of this article.

When House Bill 1412 passed the House and moved to the State Senate, we didn’t give up our efforts. It appeared to us that the Anti-21’ers were gaining the upper hand. They aren’t a large segment of voters in Oklahoma, but they are animated and intensely fixated on their goals. They were able to generate hundreds of phone calls and email messages in support of the bill.

In an attempt to slow down their band wagon, we proposed an amendment to HB 1412. The suggested amendment would have helped to minimize some of the most harmful effects of the bill (if it ultimately became law).

To our surprise and delight, our recommended changes were endorsed by Senator Anderson, who was the Senate co-author of HB 1412. He asked the staff of the Senate Energy Committee to prepare a modification of the bill.

Now it was late March, and all attention was focused on the Senate Energy Committee, where House Bill 1412 was assigned. Would HB 1412 come up for a hearing in the committee? Would our proposed amendment be approved? The Anti-21’ers were pushing hard for a hearing on the bill. They knew the bill would fail to advance in this legislative session if it didn’t come out of the Energy Committee by April 4th (the calendar deadline for committee action).

There were some early indications that the Chair of the Committee, Senator Cliff Branan, might not bring up HB 1412 for a hearing in his committee. The 3 other Anti-UN measures that failed to advance in the Legislature were also assigned to Senator Branan’s committee. They never got a vote. So, that was a good omen.

Senator Anderson’s willingness to modify HB 1412 was another good sign. He seemed to recognize that the bill had some flaws as introduced.

The dramatic conclusion of the struggle against HB 1412 came last week when it was revealed that a well-known Anti-21’er, Al Gerhart (a founder of the “Sooner Tea Party”), had made some ill-advised threats against Senator Branan if there was no action to bring HB 1412 forward for a vote.

Senator Branan was right to be incensed by Mr. Gerhart’s crude tactics. Attempted blackmail is a crime that is taken seriously in our state.

Yet, when Senator Branan announced his final decision on House Bill 1412, he didn’t say that he was opposing it because of immature Tea Party antics. He didn’t suggest that his decision was based on partisanship or personalities or any kind of personal animosity.

Rather, to his credit, Senator Branan made this simple statement, as reported by the Associated Press:

“I check each bill one at a time, and that was really more of a solution to a problem that doesn’t exist at all,” he told the AP in a phone interview. “It’s a fringe conspiracy-type issue that’s frankly bad public policy.”

That’s what we’ve been saying since before the session started.

In a news release, Rep. Sally Kern, the House author of HB 1412, acknowledged that Senator Branan’s statement was a reflection of our message:

“It appears the Senator’s reasons for not hearing the bill parrot the very talking points of the UN Association of USA….”

Her statement is an admission that the death of HB 1412 was due to the persuasiveness of our evidence rather than any sort of personal retribution by Senator Branan.

In a nutshell, our message got through. Our work was fruitful.

If you spoke up in support of the United Nations during these last few months, you deserve a pat on the back. You should feel good about your efforts.

One thought on “You Are Awesome!”