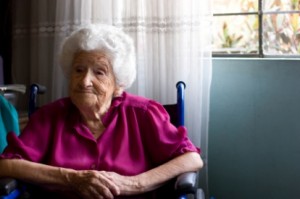 Senator Tom Coburn has written to us saying we can’t count on his support for the UN Convention on the Rights of Persons with Disabilities. We’re disappointed, of course. But, we understand that Dr. Coburn has a more limited perspective on human rights than we do. He is not alone in that regard.

In contrast, the UN Association has been a long-time supporter of the Universal Declaration of Human Rights, the most comprehensive and most recognized statement of human rights in our world today. Each year, along with people around the globe, we are proud to co-sponsor various human rights-themed events — like our annual observance of Human Rights Day (December 10th).

Our support for the Universal Declaration is informed by the Ninth Amendment of the U.S. Constitution which recognizes that people possess unenumerated rights not specifically mentioned in the original document:  “The enumeration in the Constitution, of certain rights, shall not be construed to deny or disparage others retained by the people.”

It also grows out of our appreciation for the long struggles of women, racial minority groups, immigrants, workers, and others who have had to assert their right to be given equal consideration in society.

Dr. Coburn denies that people have fundamental rights such as the right to an adequate standard of living (a point he made in his letter to us). To Coburn and others with his philosophy, people should not expect to enjoy the right to an education or to earn a living through their labor — liberties that Coburn calls “positive rights” — because these rights are, in his words, “…incompatible with the Constitution’s definition of rights.”

Well, obviously, that is a point of disagreement with our good senator.

Dr. Coburn’s view is contradicted by the assessment of every American president since Harry Truman (who issued the first Presidential Proclamation for Human Rights Day on December 10, 1949).

In his Proclamation, President Truman stated that “the attainment of basic rights for men and women everywhere is essential to the peace we are seeking.”

Truman’s words were echoed most eloquently by Ronald Reagan in his Human Rights Day proclamation of 1985:

“We pray that one day all nations of the earth may share with us the joys and rewards of living in free societies, and we resolve not to rest from our labors until the most noble longings of the human spirit, those for freedom of belief and expression, are fully realized.”

“In the 63 years since the global community came together in support of human dignity and adopted the Universal Declaration of Human Rights, our futures have grown increasingly interconnected.  We have a stake not only in the stability of nations, but also in the welfare of individuals.  On this anniversary, we recognize human rights as universal, and we stand with all those who reach for the dream of a free, just, and equal world.”

Although Senator Coburn’s limited view of rights may be out of step with modern American presidents, it does seem to be a sincere expression of his political philosophy. For example, it is consistent with an opinion he expressed at a Town Hall meeting in Tulsa earlier this month when he questioned whether Medicare and Social Security are legitimate functions of the federal government.

“If you look in the Constitution,” Coburn asked the Town Hall attendees, “where is it the federal government’s role to do that? That’s number one. Number two is the way I was brought up that’s a family responsibility, not a government responsibility.”

We respect Senator Coburn’s right to hold his beliefs, even though we politely disagree with him.

We believe Americans in the 21st century deserve much better. We support the full scope of human rights as described in the Universal Declaration.  And, we will never retreat from our goals of peace, basic rights for men and women, and the full realization of “the most noble longings of the human spirit.”

We hope you will join us!

“The advance of freedom is the story of our time, and new chapters are being written before our eyes.”
–President George W. Bush
Human Rights Day, 2006 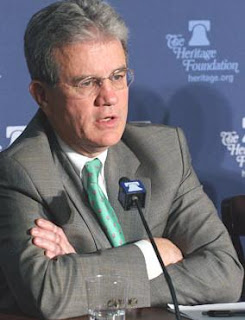 Senator Tom Coburn has announced four more Town Hall meetings with constituents. Each of them will take place on Monday, August 13th:

If you’re able to attend any of these meetings, please ask Dr. Coburn to support the UN Convention on the Rights of Persons with Disabilities. 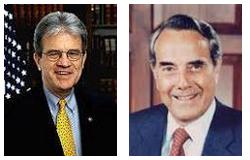 Discussions Continue on the Rights of Persons with Disabilities

The U.S. Senate went into recess until after Labor Day without taking any action on the Convention on the Rights of Persons with Disabilities (CRPD).

During August, discussion about ratification of the treaty will continue — but it will take place in our own communities in Oklahoma rather than in the halls of Congress.  We expect the treaty to be a topic at some of the Town Hall meetings that Senator Coburn will host this week.  You can see his Town Hall meeting schedule here … He is planning for meetings with constituents in Tulsa, Vinita, Grove, Claremore, Poteau, and McAlester.

So far, we haven’t found any statements from Senator Coburn promising that he will vote for ratification. But, we think he will be supportive.  Here’s why.

First, Coburn is a champion of individual freedom.  We know this because he has written about his commitment to protecting liberty.  This is from his website:

“Liberty and freedom for the individual… are what make the United States and our Constitution unique in the history of man. America, like no other nation before, is founded on the principle that the individual has basic rights that are granted by our Creator that no government may take away or compromise.”

Also, Senator Coburn issued a report last month that praised the work of the Oklahoma Department of Rehabilitation Services for its efforts to help people with disabilities gain employment.  So, we know he is a supporter of equality in the workplace — one of the major goals of the Convention on the Rights of Persons with Disabilities.

Second, Senator Coburn has a well-known reputation as a budget hawk.  We think he will be pleased by another feature of the CRPD: “The treaty comes at no cost to the United States.”

Those are the words of former Senator Bob Dole, writing in the Salt Lake City Deseret News. You can read the full text of Senator Dole’s commentary here.

Mr. Dole, who has lived with a disability since World War Two, has thought deeply about the benefits of the CRPD.  He points out that the treaty not only helps to protect the rights of people with disabilities.  It will also expand the market for accessibility devices:

“In fact, it will create a new global market for accessibility goods. An active U.S. presence in implementation of global disability rights will promote the market for devices such as wheelchairs, smart phones and other new technologies engineered, made and sold by U.S. corporations.”

This is an angle that might appeal to Dr. Coburn, who was the manufacturing manager at the Ophthalmic Division of Coburn Optical Industries during the 1970’s. We think he knows a thing or two about the value of assistive technology.

If you get a chance to attend one of Dr. Coburn’s Town Hall meetings this month, please ask him to support the Convention on the Rights of Persons with Disabilities.  And, please report to us on the Senator’s answer.

< Previous Next >
+ Add your own event Eventbrite